As a result of the works to redevelop Morrisons at Chalk Farm, from July 2021 Tfl will need to make a number of changes to bus routes and stops in the local area.

With the development moving into the next stage of construction, the access to the terminating bus stands at the Morrisons main site for routes 27, N27 and 393 will be removed for 18 months.

The end stop for routes 27 and N27 will now be at stop CQ on Chalk Farm Road (which is currently the second to last stop).

The new bus relocation move will commence as follows:

The map below shows the route the bus will take from stop CQ to the temporary stand on Ferdinand Street. Please note that between stop CQ and the new stop on Chalk Farm Road buses will be out of service.

The new bus relocation move will commence as follows:

The map below shows the route the bus will take. 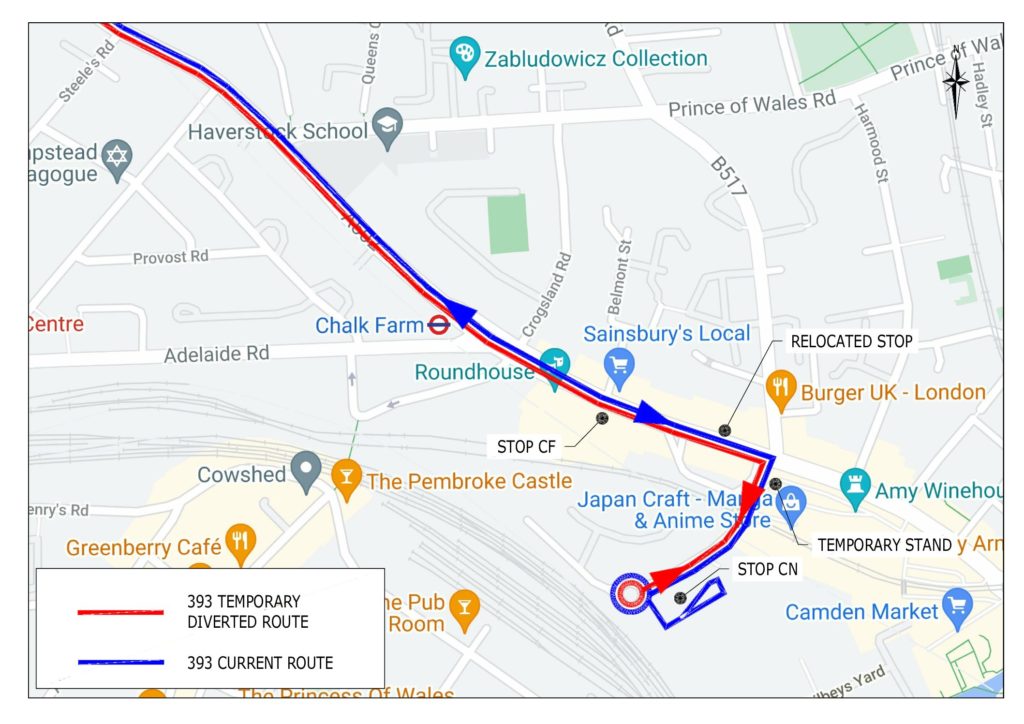 After 18 months, in early 2023, both bus services will return to the Morrisons site to new bus stands will be provided. However, passengers will continue to utilise bus stops on Chalk Farm Road as described above until Spring 2025 when the new Morrisons store opens. Further updates on precise timings will provided by TfL closer to the time.

If you have any questions, please do not hesitate to contact Transport for London online at tfl.gov.uk/contact, by calling 0343 222 1234 or by post at TfL Customer Services, 4th Floor, 14 Pier Walk, SE10 0ES.

Yours faithfully,
Transport for London